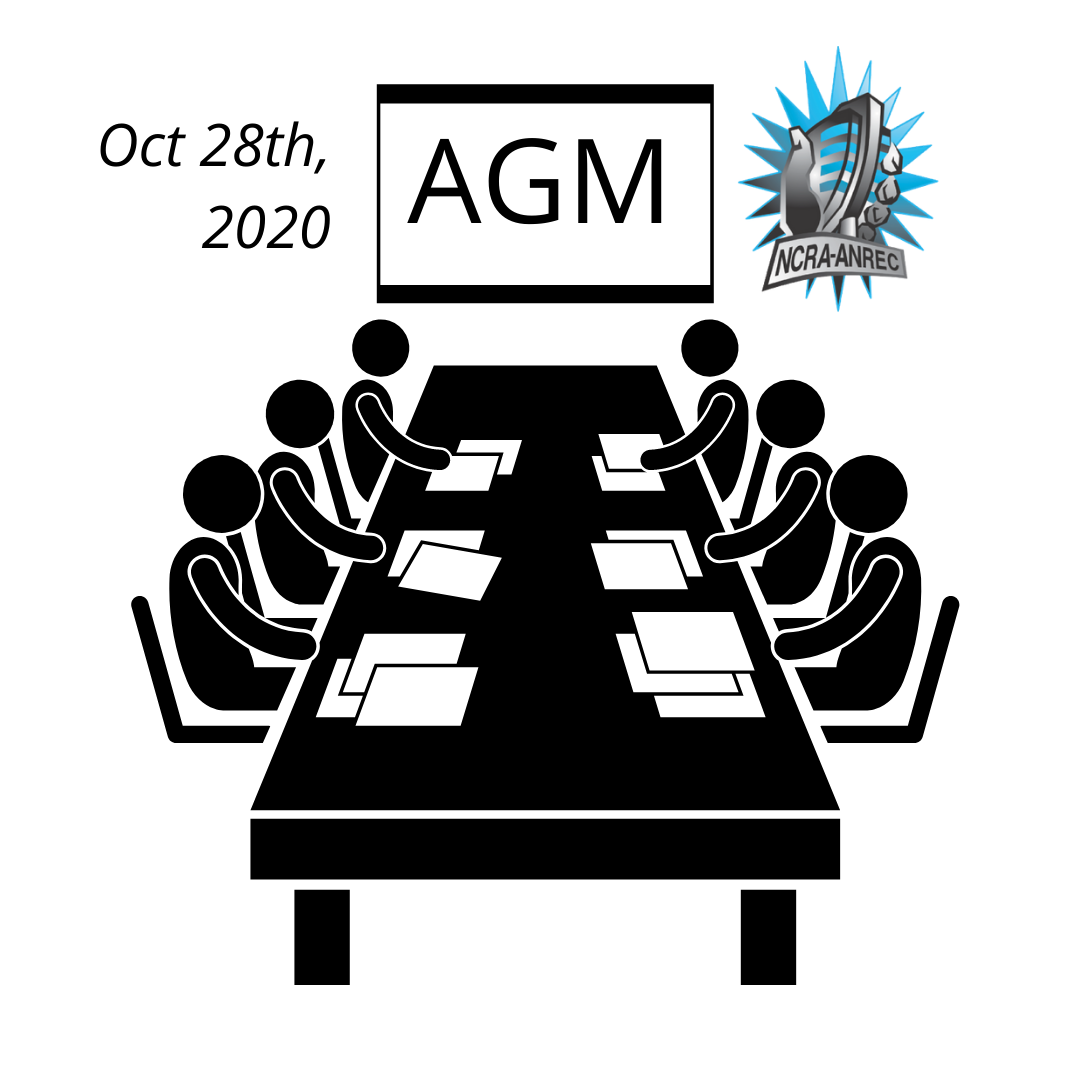 AGM: What is it? At our AGM NCRA/ANREC member stations come together (this year virtually) to complete the association’s annual business. This includes receiving a financial update and the annual report, approving our budget/audit and auditor, electing a new board of directors, and approving the location of future conferences.

AGM Materials: You will find the following attached to this email (click on links)

Please note that the NCRA/ANREC’s Annual Report will be sent out on Friday, Oct 23rd, along with a reminder about the board elections.

AGM Participation: In order to vote at the AGM, stations must:

Please see the message below from the NCRA/ANREC Nominations Committee for more details about the election.

MESSAGE FROM THE NOMINATIONS COMMITTEE

NCRA/ANREC members serve an audience recognized as diverse in ethnicity, culture, gender, sexual orientation, age, and physical and mental ability, and the NCRA/ANREC board of directors must reflect this diversity.

The NCRA/ANREC strongly encourages applications from women, non-binary individuals, BIPOC, and people with disabilties. We also recognize the underrepresentation of community stations at a board level. The current board disproportionally represents the campus sector.

The NCRA/ANREC recognizes its historic issues with discrimination and tokenism and is actively looking to improve itself as an organization and as a reflection of the diverse nature of c/c radio. Following our ‘They Don’t Come To Us’ report about systemic racism in our sector, we’ve committed to addressing this and are actively working on solutions.  Diversity at a governance level is vital to the development of a healthier and more representative association.

We ask that all stations share this call for nominations with your station, staff, board and volunteers and to consider the need for diverse representation for the sector.

This means that there are four board seats available. One is the Indigenous board seat, and the other three are open board seats.

Regarding the Indigenous Seat

The NCRA/ANREC has a designated seat for an Indigenous Representative from the First Nations, Metis, and Inuit peoples of what is now called Canada. This seat is enshrined in NCRA/ANREC bylaws and is filled through a separate election process.

The NCRA/ANREC’s Indigenous Seat was established decades ago to bring greater understanding and awareness of the unique experiences of Indigenous participants and communities in c/c radio.

The NCRA/ANREC recognizes that, despite these best intentions, the results have been tokenizing and placed an unreasonable burden on the person elected to this position; our staff and board are committed to improving these processes and experiences based on input from Indigenous individuals and communities within the c/c radio sector. This process will require bylaw updates and significant policy revision. However, the NCRA/ANREC has to follow the bylaws in place. It is the board’s intention to engage in consultation and revision processes over the next six months to improve this process in the future.

Indigenous people who want to join the NCRA/ANREC board, but not specifically in this seat, are welcomed and encouraged to take part in the open election process. If you would like to be considered for both elections, please indicate this on your nomination form.

We encourage all member stations to share this call for nominations with Indigenous staff, volunteers, or board members at your station.

Other board composition requirements

S.1.17.b.viii. of the bylaws states that the members shall elect no less than fifty percent women to the board and that elections must satisfy this requirement or be declared null and void. With the current board composition, this byelection must elect three women.

S.1.17.b.iv. of the bylaws states that at least four of the six regions of Canada should be represented on the board. The six regions are the Pacific (British Columbia); the North (Northwest and Yukon Territories, and Nunavut); the Prairies (Alberta, Manitoba and Saskatchewan); Ontario; Quebec; and the Atlantic (New Brunswick, Newfoundland, Nova Scotia, and Prince Edward Island). The returning board includes board members from Ontario, the Prairies, the Atlantic, & the Pacific, so the regional representation requirement is met.

To give members time to read through the board nominations and decide on their votes, the deadline for nominations is noon Pacific on Monday, October 26th. Nominations (see attached forms) should be sent to the board secretary, Catherine Fisher, at secretary@ncra.ca

If you have questions about the NCRA/ANREC board, please contact the Nominations Committee at nominations-com@ncra.ca